Convert ssh-keygen generated keys for use in PuTTY

By default, the keys (with passphases) generated by ssh-keygen cannot be used by PuTTY. This article describes the steps to convert ed25519 keys to a form that PuTTY understands.

Remove passphase from the key

When loading the key (with passphase) generated by ssh-keygen into PuTTY, an error is shown, saying: 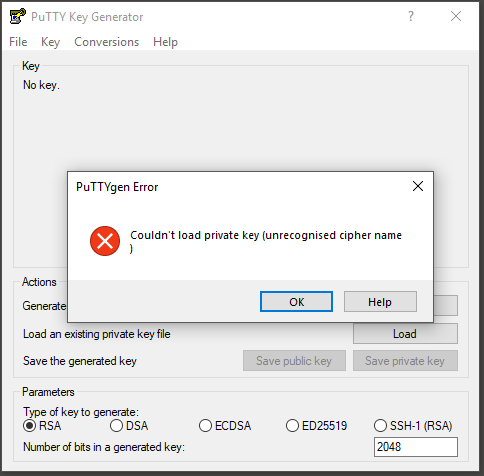 Assume the private key is test.ed25519, make a copy and remove the passphase.

When prompted for new passphase, leave the field empty and press Enter.

Import and convert the key 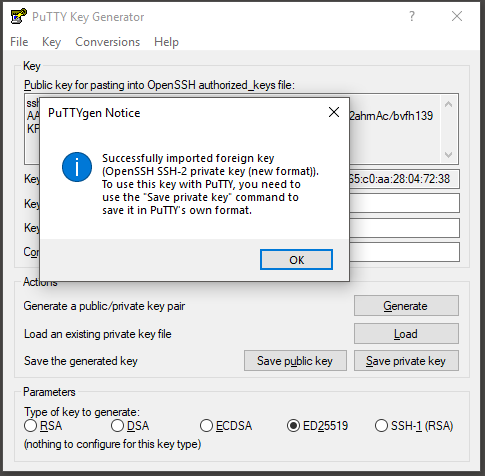 Enter the key passphase and save the private key. The PPK file can be used in PuTTY (and WinSCP).